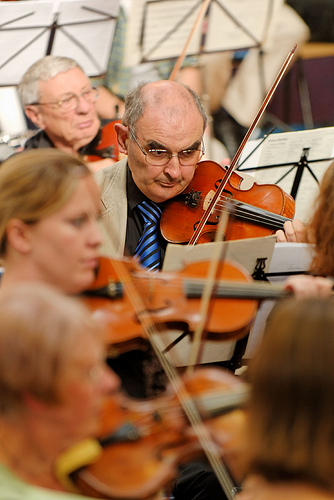 The New London Music Society was founded in 1981 by Terence Lovett and held its first residential music course at Wycombe Abbey in 1982. The Society also established a choir and orchestra which gave regular concerts in London and the Home Counties. Following the death of the Founder early in 1993, the Society was pleased to welcome Philip Meaden as Director. In 1999 the Summer School was moved from Wycombe Abbey to Queenswood School and in 2002 reverted to its original name. In 2019, the school moved to a new venue, Downe House School, near Newbury in Berkshire.

The society also runs a string quartet weekend in the Leeds area, usually at Easter time.

The Society is grateful for the continued support of its President, The Earl Howe.

The transition of NLMS to a Charitable Incorporated Organisation (CIO) was formally completed on 3rd March 2020, with the withdrawal of New London Music Society from the Charity Commission Register, all assets having been transferred to the new organisation, New London Music Association.  This transfer, agreed at the 2018 NLMS Annual General Meeting, simply puts the society on a modern footing, with an up-to-date Constitution drafted in accordance with Charity Commission guidelines for CIOs and has no impact on attendance at or the running of the society’s offerings such as the Summer School described in these web pages. If you have any questions on this transfer, please contact the Hon. Sec, Steve Walker.